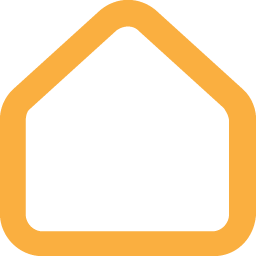 Jerome did it again...

Happy Tuesday! This is The Real Deal. The email that tells you the latest that's going on with Real Estate in plain jane english.

Jerome did it again

This marks the largest single raise since 2000.

Besides us being here for moral support every time the Fed raises interest rates...

What do we do think about it?

Team Kekoa's Take: Our deal volume has shrunk by around 25% with all the rate hike increases. The good news is that a 10% COC deal today is really a 12%+ COC deal 6 months ago. The only thing that matters is that the property cashflows and the ability to hold long-term for a sweet refinance.

The Federal Reserves interest rates within the past decade

The latest on mortgage delinquencies

Despite prices being crazy high and the world being on the brink of a recession...

Here's the scoop from Black Knight:

#1 The delinquency rate is the lowest it's ever been: The national delinquency rate dropped by more than half a percentage point in March, falling to 2.84% and shattering the previous record low of 3.22% in January 2020

Mortgage delinquencies are a great indicator of a market correction in the making.

It's what allowed people to make a killing back in 2008.

What markets are growing right now?

IRR recently released their 2022 outlook report (a bit late, yeah?) and it's a great read.

The one thing I like about IRR is their take on market cycles.

As you might know, the entire country doesn't move in the same market cycle.

Some are amidst expansion while others are in the middle of a recession and everything in between.

The cool thing is there are always the same four parts to a market cycle:
1. Expansion
2. Hyper supply
3. Recession
4. Recovery

Targeting the markets that are in or gearing up for expansion has always been a part of the TK playbook (shhh).

Here's what they said for the multifamily:

We're your partner for sourcing, analyzing, and negotiating long/short term rentals. Go to www.TeamKekoa.com to get started today.